Our Southern Breeze: We Once Were Lost… But Now Were Found...


Scientists call her "Eve. But she did live at a time when the modern human population was small—about 10, people, according to one estimate. She is the only woman from that time to have an unbroken lineage of daughters, though she is neither our only ancestor nor our oldest ancestor. She is, instead, simply our "most recent common ancestor," at least when it comes to mitochondria. Subsequent, more sophisticated analyses using DNA from the nucleus of cells have confirmed these findings, most recently in a study this year comparing nuclear DNA from people from 51 parts of the world.

This research, the most comprehensive to date, traced our common ancestor to Africa and clarified the ancestries of several populations in Europe and the Middle East. While DNA studies have revolutionized the field of paleoanthropology, the story "is not as straightforward as people think," says University of Pennsylvania geneticist Sarah A.

Our Southern Breeze: We Once Were Lost . . . But Now We Re Found by Daphene Jones

If the rates of mutation, which are largely inferred, are not accurate, the migration timetable could be off by thousands of years. To piece together humankind's great migration, scientists blend DNA analysis with archaeological and fossil evidence to try to create a coherent whole—no easy task. A disproportionate number of artifacts and fossils are from Europe—where researchers have been finding sites for well over years—but there are huge gaps elsewhere.

As the gaps are filled, the story is likely to change, but in broad outline, today's scientists believe that from their beginnings in Africa, the modern humans went first to Asia between 80, and 60, years ago.

By 45, years ago, or possibly earlier, they had settled Indonesia, Papua New Guinea and Australia. The moderns entered Europe around 40, years ago, probably via two routes: from Turkey along the Danube corridor into eastern Europe, and along the Mediterranean coast. By 35, years ago, they were firmly established in most of the Old World. The Neanderthals, forced into mountain strongholds in Croatia, the Iberian Peninsula, the Crimea and elsewhere, would become extinct 25, years ago.

Finally, around 15, years ago, humans crossed from Asia to North America and from there to South America.

Africa is relatively rich in the fossils of human ancestors who lived millions of years ago see timeline, opposite. Lush, tropical lake country at the dawn of human evolution provided one congenial living habitat for such hominids as Australopithecus afarensis. Many such places are dry today, which makes for a congenial exploration habitat for paleontologists.

Wind erosion exposes old bones that were covered in muck millions of years ago. Remains of early Homo sapiens , by contrast, are rare, not only in Africa, but also in Europe. One suspicion is that the early moderns on both continents did not—in contrast to Neanderthals—bury their dead, but either cremated them or left them to decompose in the open. In , a team of anthropologists reported the discovery of three unusual skulls—two adults and a child—at Herto, near the site of an ancient freshwater lake in northeast Ethiopia.

The skulls were between , and , years old and had modern characteristics, but with some archaic features. Yet they are so close you wouldn't want to give them a different species name. The Herto skulls fit with the DNA analysis suggesting that modern humans evolved some , years ago. But they also raised questions. There were no other skeletal remains at the site although there was evidence of butchered hippopotamuses , and all three skulls, which were nearly complete except for jawbones, showed cut marks—signs of scraping with stone tools.

It appeared that the skulls had been deliberately detached from their skeletons and defleshed. 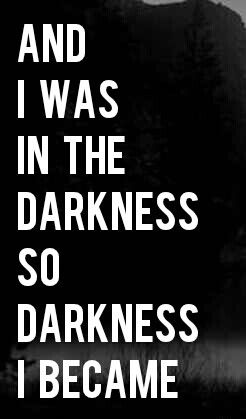 The shellfish remains—of mussels, periwinkles, barnacles and other mollusks—indicated that humans were exploiting the sea as a food source at least 40, years earlier than previously thought. The first archaeological evidence of a human migration out of Africa was found in the caves of Qafzeh and Skhul, in present-day Israel.

These sites, initially discovered in the s, contained the remains of at least 11 modern humans. Most appeared to have been ritually buried. Artifacts at the site, however, were simple: hand axes and other Neanderthal-style tools. At first, the skeletons were thought to be 50, years old—modern humans who had settled in the Levant on their way to Europe.

But in , new dating techniques showed them to be 90, to , years old, the oldest modern human remains ever found outside Africa. But this excursion appears to be a dead end: there is no evidence that these moderns survived for long, much less went on to colonize any other parts of the globe. They are therefore not considered to be a part of the migration that followed 10, or 20, years later.

Intriguingly, 70,year-old Neanderthal remains have been found in the same region. The moderns, it would appear, arrived first, only to move on, die off because of disease or natural catastrophe or—possibly—get wiped out.


If they shared territory with Neanderthals, the more "robust" species may have outcompeted them here. At that point the two species are on pretty equal footing. Then, about 80, years ago, says Blombos archaeologist Henshilwood, modern humans entered a "dynamic period" of innovation.

Pieces of inscribed ostrich eggshell turned up at Diepkloof. Hafted points at Sibudu and elsewhere hint that the moderns of southern Africa used throwing spears and arrows. Fine-grained stone needed for careful workmanship had been transported from up to 18 miles away, which suggests they had some sort of trade. Bones at several South African sites showed that humans were killing eland, springbok and even seals.

At Klasies River, traces of burned vegetation suggest that the ancient hunter-gatherers may have figured out that by clearing land, they could encourage quicker growth of edible roots and tubers. The sophisticated bone tool and stoneworking technologies at these sites were all from roughly the same time period—between 75, and 55, years ago. Virtually all of these sites had piles of seashells.

Together with the much older evidence from the cave at Pinnacle Point, the shells suggest that seafood may have served as a nutritional trigger at a crucial point in human history, providing the fatty acids that modern humans needed to fuel their outsize brains: "This is the evolutionary driving force," says University of Cape Town archaeologist John Parkington.

Did new technology, improved nutrition or some genetic mutation allow modern humans to explore the world? Possibly, but other scholars point to more mundane factors that may have contributed to the exodus from Africa. A recent DNA study suggests that massive droughts before the great migration split Africa's modern human population into small, isolated groups and may have even threatened their extinction. Only after the weather improved were the survivors able to reunite, multiply and, in the end, emigrate.

Improvements in technology may have helped some of them set out for new territory. Or cold snaps may have lowered sea level and opened new land bridges. Whatever the reason, the ancient Africans reached a watershed. They were ready to leave, and they did. To ask other readers questions about Our Southern Breeze , please sign up. Lists with This Book. This book is not yet featured on Listopia. Community Reviews. Showing Rating details. Sort order.

Feb 07, Rebecca rated it really liked it. So transparent and insightful. I feel as if I know her. Such an inspiring story of how god uses all of us. There are no discussion topics on this book yet.